“A blunt knife is an accident waiting to happen”.

Follow these quick and easy steps to hone your skills and have a razor-sharp edge.

AccuSharp – Safe, fast and simple to use. The AccuSharp Knife and Tool Sharpener – the number one rated, and best-reviewed sharpener on the market. This is the perfect knife sharpener for chef’s knives, paring knives, serrated knives, filet knives – you name it. If you own a knife, you need this sharpener.

Sharpening Method: The sharpening angle of the AccuSharp Knife and Tool sharpener is set at approximately 21 degrees.

REMEMBER: LIGHT PRESSURE IS SUFFICIENT. Heavy pressure might cause you to lose control of the sharpener and possibly cause injury.

To use, place your fish gutting knife on a stable surface with cutting edge up and about ½” of the blade tip extending past the edge of the table as illustrated in the image below. While holding the knife handle with one hand, hold the AccuSharp with your fingers through the opening formed by the handle and finger guard.

Remember: The sharpener moves while the blade being sharpened remains stationary.

Straddle the cutting edge of the blade being sharpened with the “V” shaped notch formed in the sharpener. With the head of the AccuSharp at about 90 Degree angle to the blades edge, press down lightly using thumb pressure to draw the

AccuSharp along the edge of the blade. Work in one direction only, not back and forth. Several passes may be required before the blades beveled edge conforms to the proper angle of the AccuSharp. Once that angle has been achieved then two or three passes should be sufficient to give you a razor sharp edge.

The Tungsten carbine sharpening blade in AccuSharp is of high-grade industrial quality and is one of the hardest materials known.

How do I reverse my sharpening blades on the AccuSharp?

To reverse sharpeners, lay the AccuSharp® on its side with the screws up.
Remove the screws and carefully separate the two halves of the handle shown in the illustration.

Caution: do not reassemble the knife sharpener without the finger guard. Serious injury may result.

Reassemble the two halves of the handle and secure with the three screws.
DO NOT OVER TIGHTEN THE SCREWS. The factory torque setting is about 5 inch pounds of pressure. Tighten them only until you feel increased resistance. If sharpener has any cracks around the screw heads — do not use it. 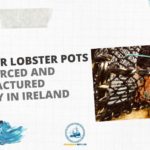